Monitoring ground deformation by means of GNSS technology consists in calculating the time series of 3D coordinates of a cluster of GNSS sensors with millimeter accuracy. 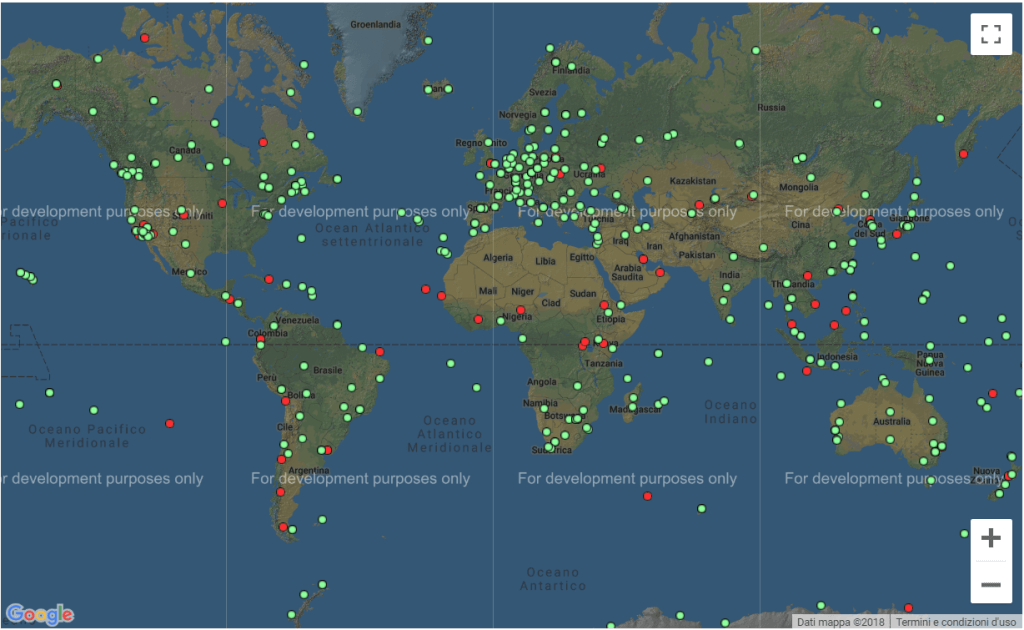 The worldwide network of GNSS stations managed by the IGS

For purposes where higher spatial resolution is required, such as landslide or subsidence monitoring applications, this is achieved through increased density of GNSS stations concentrated in the area involved in the survey. The cost of hardware that is typically used for landslide monitoring, i.e. geodetic-class receivers and antennas, equipped with mobile data transfer technology, is in the range of 15000 to 20000 euros for each station.

A high resolution GNSS monitoring system is thus based on the continuous calculation of the position of a series of GNSS sensors permanently installed on the object to be monitored. The lower the cost of the deployed equipment, the higher the spatial resolution achievable, by monitoring a higher number of points. Typically, observations by the monitoring station are combined with those of a base station (assumed to be static compared to the landslide movement) are used, to remove or mitigate most of the observation errors.

It is important to note that the movements can be evaluated in two different ways: a series of single-shot positions or trend estimate.

It is worth mentioning that the accuracy for the position estimation of a point by GNSS depends, among other parameters, on the length of the measurement period: the longer the period, the higher the accuracy. For example, by processing 24-hour datasets, thus obtaining a single-shot position each day, one can expect millimeter-level precisions. When the rate is increased to hourly positions, the precision degrades to some millimeters (e.g. 5 mm – 1 cm).

GIMS will adopt a relative positioning approach to provide daily displacement solutions with respect to a base station, at millimeter-level confidence. In addition, this will be achieved by using cost-effective GNSS receivers and antennas, allowing for the deployment of monitoring stations about 5 times less expensive compared to the geodetic equipment typically used for landslide monitoring applications. In particular, the recently released dual-frequency, Galileo-enabled receiver modules (e.g. the u-blox F9) will be tested on the two landslide sites selected as pilot test areas for the GIMS project.